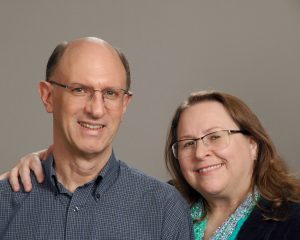 Chairman of the Elders,
Elder of Operations 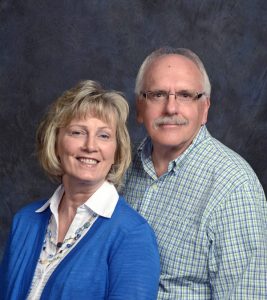 Jim Hudson
Vice-Chairman of the Elders,
Elder of Involvement

I began attending BLC as a child of the 70’s with my long hair and my high school attitude, when I moved to Lafayette with my parents and younger brother from the Bloomington area in 1970. After my college years I soon met a young woman through a mutual friend and we were married here at Brady Lane in 1977. We established our home here and went to work in the community, Cathy as an RN at the local hospital and myself as an IT Technical specialist for a local insurance company. After 35 years of employment there I retired when the company was sold and moved out of town and after 3 months of “retirement” went to work at Purdue University doing programming in the Registrar’s office. I have been there almost 3 years.

Together Cathy and I have raised three beautiful and successful young ladies, two of which have been married here at BLC. It is through the help of many of our brothers and sisters here that we rejoice in their success. Our family has been richly blessed by our sharing and caring family at Brady Lane Church
and look forward to many more years of serving our Lord together in this place. 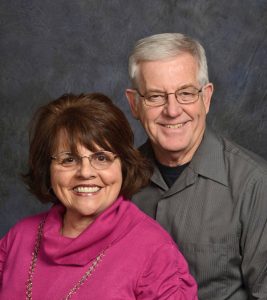 I have been married to my wonderful wife Rhonda for 41 years. We have three amazing children – Malinda, Matthew, and Michael. We have three grandchildren and another due in July /August. We have attended Brady Lane Church since the fall of 1973. I am a MRI technologist and Rhonda is a dental assistant.
Rhonda and I enjoy camping and being with family. I also enjoy fishing and riding my motorcycle. We belong to a local motorcycle group and enjoy many trips together.
We love living life to the fullest and enjoy God’s creation. We thank God every day for the pleasure we have to live in such a great nation, and community. We also appreciate the great friendships we have developed over the years with the people we serve at Brady Lane Church. 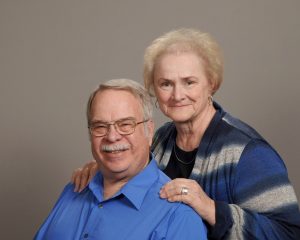 Don Roberts is a native of Southern California. He graduated from Pacific Christian College (now Hope International) in Fullerton, CA in 1968 with a BS in Ministry. He did graduate work at Lincoln Christian Seminary following graduation.  In 1968, Don accepted a call to Fowler Christian Church and served as pastor for 10 years. In 1979 Don responded to a call to the Senior Pastor position from First Christian Church in Carterville, IL and served in that capacity for 6 1/2 years. Upon leaving that position in 1985, he started a new ministry on the East Side of Lafayette (Christ’s Church of Lafayette) and after 16 years closed that ministry.
Don married Connie Snyder in 1966.

She died of cancer in 1975. They had one son, Darrell who currently lives in Jamestown, IN. Don married Ann in 1976 and they had one daughter, Sarah. She is married and lives in Omaha, NE. Sarah has two daughters.
In 2000, Don became involved in the ministry of Moses Thomas in Zimbabwe Africa. Moses traveled here to the United States for frequent medical procedures and returned each time to expand his preaching and evangelistic ministry to his people there. Don continues to manage Moses’ ministry by promoting his work and organization of financial affairs and spiritual encouragement. In addition, Don and Ann are the US sponsors of a young man, Samuel, from Zimbabwe. Samuel came to America to attend school at Mountain Mission School in Grundy Virginia. He is now a sophomore at Milligan College and plans to return to Zimbabwe upon completion of his college education.   Don’s 95 year old mother lives in Southern California and he helps her maintain her independence. 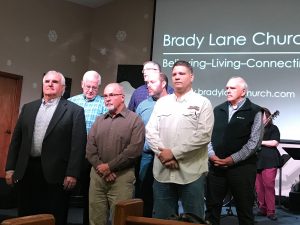 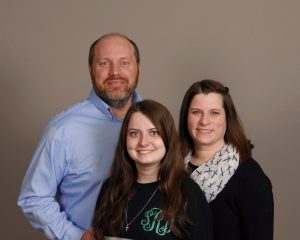 I grew up with two brothers in Burnettsville, Indiana. We were raised in the Burnettsville Christian Church from birth. I attended Twin Lakes High School and went to work directly after graduating.
My wife and I met in 1993 while I was in High School and were married in September of 95. We became Christians together and were baptized at my home church on December 24, 1995. Myself, my wife and two daughters (Alex and Samantha) have been worshiping here at Brady Lane for over 14 years.
My goal for life is to spread the word of Jesus Christ and raise my children with the same mission. In addition to serving as an Elder here at Brady Lane, I also serve as the Finance Chairman. My work with God’s money here at the church is my passion and I find that serving our Lord in this way gives me peace.  The single greatest Christian influence in my life has been my mom. I have witnessed her worship God in the good times and especially in the bad. Her constant study of God’s word and her complete, unwavering confidence in her eternal life is a reminder of what I need to strive for. (She has more footnotes in her Bible than there is scripture.)
Outside of work and church, my family and I share a few hobbies. We enjoy camping, shooting and fishing and spend many weekends at our family’s campground. In addition, my dad and I both have our pilot’s licenses’ and take every available opportunity to take to the skies. In an additional effort to feed our aviation habit, we often attend the annual EAA Airventure event in Oshkosh, WI.  One of my many favorite scriptures is found in Lamentations, Chapter 3 Verse 22. “The faithful love of the Lord never ends! His mercies never cease.” (NLT) 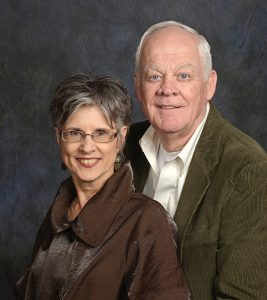 My wife, Janie and I have attended Brady Lane since moving to Lafayette in March, 2005. Janie is active in the food pantry and teaches in Wee Worship. I am a member of the fellowship committee and we are members in the Hudson life group. We have been married for 27 years and have four adult children. Two live in Indiana, one in Illinois and one in Texas. They have given us 11 grandchildren and 7 great grandchildren.
I bowl in a winter league and try to play golf on occasion. Janie has been in pottery for a few years and has made several lovely pieces. Janie loves to travel and I am a homebody but have been known to tag along if she can get me in a headlock and drag me into the car. We also like to play cards with family and friends.
Janie has been retired for a few years and I retired from the Indiana State Police in 1997 after twenty-five years of service. Since then I have had several jobs and currently work for a company which contracts with Homeland Security and provides security officers for federal facilities. Sara and I have been members of Brady Lane Church of Christ since 2002. We both are active members of the Fellowship Team and voluntarily teach Junior Church on a rotational basis. We are involved in a Life Group and Sara has been an active member of the Women for Christ. I have served on the Board of Elders for six years starting in 2008 and I was selected as Elder Chairman in 2010. We both are retired teachers. Sara was an Elementary School teacher and taught for 30 years. I was a High School teacher and a coach for a total of 40 years. At various times I taught Biological Sciences and coached varsity football, varsity baseball, and served as a High School Athletic Director. We moved to Lafayette in 1998 and after visiting several churches decided BLC was the place we wanted to be. The Church Service was great but it was the friendly, loving attitude of the congregation that convinced us this was where we wanted to be. I was born in Williamsport to James, a minister, and Lillian McKowen. I have a younger brother David in Plainfield. I graduated from Milligan College and taught in an elementary school in Westminster for ten years in California where I met and married my wife Dorothy. We reared two sons who are married: Richard (Rick), who is an engineer at the Johnson Space Center, and Mark, who is an engineer in Indianapolis and is married to Lesley, our church’s office manager. Both sons are active in their churches.
We came to Lafayette and Brady Lane in the fall of 1978 where my father was the minister from 1975 – 1983. I began teaching in West Lafayette, the first of thirty-two years there, retiring in May of 2010. I have a master’s degree from Purdue. My wife Dorothy was a librarian and then a literature professor at Purdue and Ivy Tech for ten years. She also plays the piano and organ at church and teaches the Koinonia adult Sunday school class. My hobbies include genealogy, history, traveling, music, sports, and stamp collecting.

Other current members who have served Brady Lane Church as Elder in recent history:

Where to Find Us

Special programming for children is available at all times listed here.
Learn More