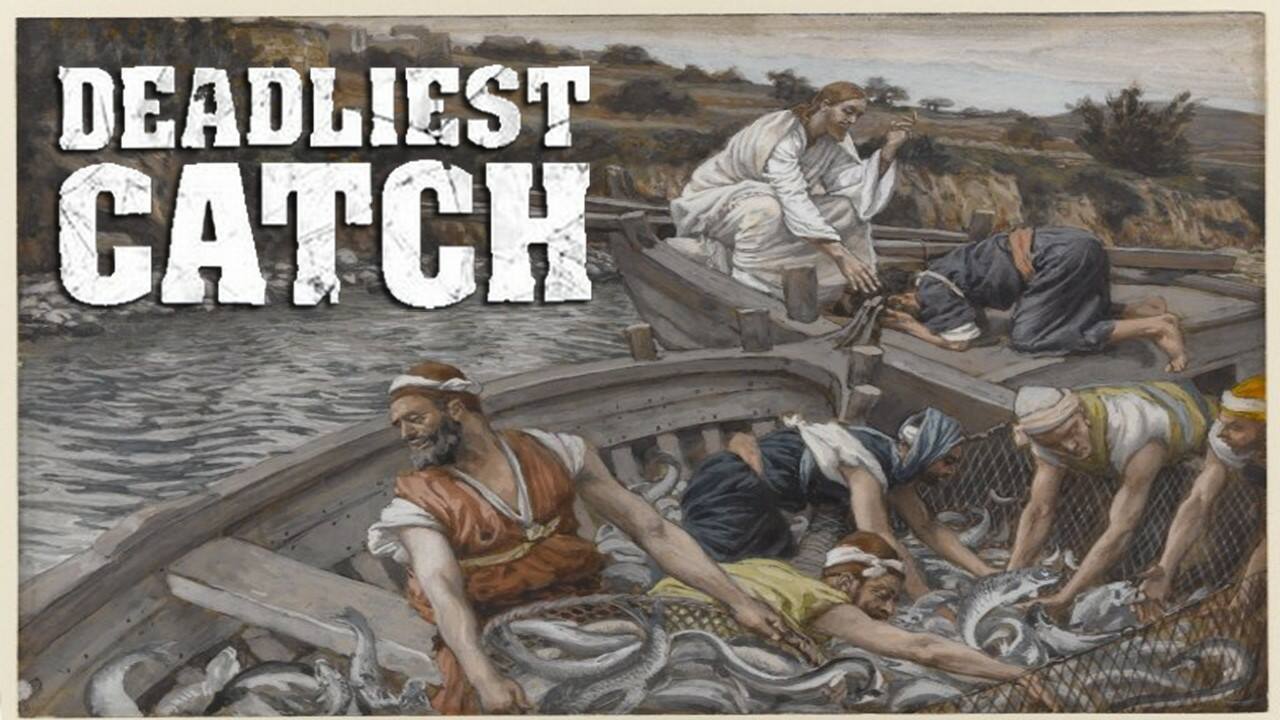 Everything Jesus did was strategic.

Knowing Peter, James, John, and Andrew were not yet 100% on board, He spoke to them in a language that they would understand.

Even though exhausted from an unsuccessful night of fishing…Peter obeyed.

· General unworthiness as a sinner

Jesus response: From now on you will catch people!

Jesus got the four fisherman’s attention…and they left everything to follow Him.

· We’ve been called, it’s time to follow!
· We should be strategic in our efforts!
· Our mission is to catch people!

Main Point: The reason this catch we are going on is deadly is not because we will be attacked or persecuted…it is deadly because if we don’t do it people miss the kingdom!

NO MESSAGES HAVE YET BEEN POSTED TO THIS SERIES

You are viewing the message series called Deadliest Catch - July 5th, 2020. There are no messages posted in this series.

Take Me Back: In Essentials Unity, In Opinions Liberty, In All Things Love
January 22, 2023

Where to Find Us

Special programming for children is available at all times listed here.
Learn More